Shiatsu’s heart is like mother’s love, pressure on the body stimulates the source of life.

The root of Shiatsu is “Te-ate” (which means “practice” in Japanese). When we feel pain, we usually place a hand on the affected area to try to relieve the pain. In its literal translation, Shiatsu means “finger pressure” and it is a manual technique originating in Japan, although with a mixture of Chinese Traditional Medicine (CTM).

If we review the history and the first origins of what would end up being the current Shiatsu, we will see that it started from the Kampo medicine (name by which the CTM was known in Japan) and the Anma (Japanese massage technique that has already appears in the eighth century). The versions are various and confusing (we find versions of Japanese Buddhist monks going to China to study CTM; Chinese Taoist priests going to Japan and showing their knowledge in CTM, etc.), but the fact that there were relationships, mercantile, cultural or of any kind, between Japan and China it allows to understand that they exchanged information, medical in this case, and nourished each other constantly. 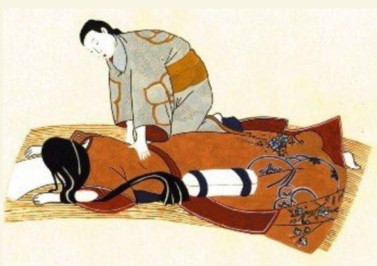 During the 19th century, and with the advance of modern western medicine, much of this traditional knowledge was forgotten and relegated to folklore. Gradually, the Anma was limited to the treatment of simple muscular tensions, until at the beginning of the 20th century it was only allowed to be used to promote pleasure and relaxation, and it was only performed mainly by blind people or Geishas.

However, a new trend also emerged that sought to recover and revalue traditional medical knowledge, empowered by scholars who sought and encouraged a return to the sources of ancient natural healing forms.

The modern development of Shiatsu, in the recognizably practiced way today, began in the early 20th century in Japan, where it was already popular and widespread. In 1919, Tamai Tempaku Sensei, in an attempt to provide some scientific credibility and distinguish Shiatsu from other body orientals techniques,

publishes a book called ‘Shiatsu Ho’ combining traditional knowledge of Anma, Ampuku (ancient pressure massage on the abdomen) and Do-In along with Western anatomy and physiology. His most prominent disciples were Sizuto Masunaga and Tokujiro Namikoshi, who developed Shiatsu in two directions. The ways of working of these pioneers (Namikoshi and Masunaga) with Shiatsu, are Shiatsu alike.

Shizuto Masunaga (1925-1976), who had experience in psychology, decided to investigate at TChM, developing his own technique and creating a school. He developed Zen Shiatsu, where mindset, conscience and professional focus is an important factor in treatment, he also introduced the idea of support and connection by using both hands, a supporting ‘mother hand’ and a active working hand. 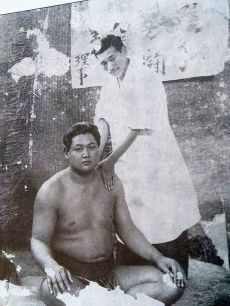 Tokujiro Namikoshi (1905-2000), had also studied western medicine and chiropractic. He created his own school, westernizing Shiatsu, using nero-muscular terminology, and removing certain references of oriental medicine. He was a great promoter of this technique, who developed, at the beginning of the 20th century, an application, training, teaching and certification methodology that still continues today. Namikoshi opened its first Shiatsu School in Hokkaido in 1940 and, later, when Shiatsu was recognized as independent therapy of Anma by the Japanese Ministry of Health, in 1956, it opened the Japan Shiatsu College, in Tokyo, which is still formed and accrediting hundreds of students annually. 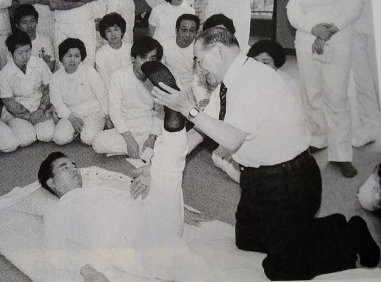 However, prominent colleagues and disciples of Tokujiro Namikoshi developed different ways of working, for example, as we have already seen, the teacher Sizuto Masunaga and his disciple Kazunori Sasaki (Shiatsu Zen), also the teachers Tadashi Izawa (Shiatsu Keiraku), Rykyu Endo (Shiatsu Tao), Wataru Oashi (Ohashiatsu), Katsusuke Serizawa and Hiroshi Ishizuka (Shiatsu Tsubo) or Shigeru Onoda (Shiatsu Aze). The teacher Shigeru Onoda was the one who introduced Shiatsu in Spain in 1984, opening the Japanese School of Shiatsu in Madrid, with the approval of Tokujiro Namikoshi.

Since 1964, Shiatsu has been recognized by the Japanese Ministry of Health and Social Welfare as a form of individual therapy and has been incorporated into the Japanese Health System as a practice. His technique has been defined as follows:

‘Shiatsu therapy is a form of manipulation administered with the thumbs, fingers, and palms of the hands, without the use of mechanical instruments or the like, to apply pressure to human skin, correct internal dysfunctions, promote and maintain health, and treat disease specific ‘.

Tokujiro Namikoshi and the Shiatsu Technique

Tokujiro Namikoshi was not, obviously, the founder of Shiatsu, but he was indispensable in the development, acceptance, promotion and proliferation of Shiatsu Therapy, the Japanese technique of “thumb and pressure, on hundreds of points on the body” throughout the world to relieve pain, promote relaxation, and stimulate blood and lymphatic flow. “

Chronology of the evolution of the life of Tokujiro Nakimoshi, Shiatsu and its development (*)

1905 Tokujiro Namikoshi-Sensei is born.
1912 He healed his mother from rheumatism with his pressures. (The birth of what, in the future, would become Shiatsu Therapy)
1925 The first Shiatsu Clinic was opened in Hokkaido.
1933 A Shiatsu Clinic opens in Tokyo.
1940 A Shiatsu School opens which was later known as “The Shiatsu College of Japan”.
1953 Namikoshi-Sensei visited Dr. Palmer of the Palmer Chiropractic School in Iowa, USA. USA (The first introduction of Shiatsu in the West).
1955 The Japanese Ministry of Health and Welfare officially recognized Shiatsu, Anma and Massage in the same category.
1957 The Japanese Ministry of Health and Welfare issued a legal definition of Shiatsu.
1957 Japan Shiatsu College became one of the schools sanctioned by the Ministry of Health.
1964 The Japanese Ministry of Health revised the regulations and recognized Shiatsu, massage therapy, and Anma as unique and independent therapeutic methods.
1984 Shiatsu comes to Spain from the hand of the disciple of Namikoshi and Sigeru Onoda, at his school in Madrid, Escuela Japonesa de Shiatsu. 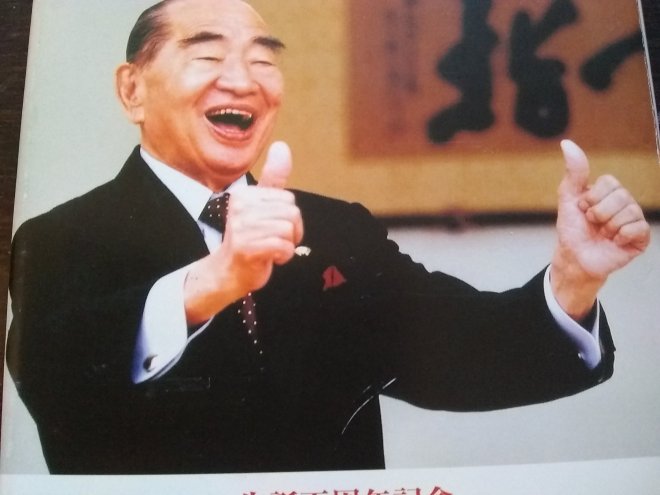 Video. The Beginnings of Shiatsu -指圧の誕生- History of Namikoshi Shiatsu (based on the book “Shiatsu Ichidaiki”, which describes Tokujiro Namikoshi Sensei’s life journey).
(*) Cronology and Video obtained from the Canadian Shiatsu Society of British Columbia http://www.shiatsupractor.org/