Shiatsu’s heart is like mother’s love, pressure on the body stimulates the source of life.

The magnificent combination of Shiatsu Therapy together with Dr. Bach’s Flower Therapy with flower essences gives us tools for self-knowledge and to improve our quality of life.

Floral Therapy is a life process, a therapy that allows experiences to evolve, a tool of self-knowledge. It is an alchemical process (from Arabic الخيمياء [al-khīmiyā], transformer) and a mayeutic process (from Greek μαιευτικóς, to give birth) of our own essence.

With Floral Therapy, attachments, anguishes, fears, anxieties, envies are worked on … any limiting and castrating emotion that does not let us advance or be ourselves. Floral Therapy works through the oral intake of flower essences and the harmonious relationship and accompaniment of the floral therapist.

Flower essences can help you whether or not you know the technique
Flower essences are information, you do not have to believe so that they act or have their effect.

They help you, mainly:

-To be happy
-To look where you couldn’t before
-To see life differently and to be aware of your day to day.

For the year 1919, Dr. Edward Bach, worked in the Homeopathic Hospital of London, as a doctor in the specialty of bacteriology, it was here that he confirmed that his opinions that were based on the healing of diseases individually and taking as a point Mental symptoms, more than the disease itself, are the same as those of Dr. Hahnemann.

Due to this, he focused his work on man’s behavior, that is, the way of speaking, the expressions of the face, the way of acting, the gestures, etc. In this way I became aware that some behaviors were the same in different people. Based on these investigations, Dr. Bach believed that people with similar faces could have a similar response in the treatments used to cure diseases. 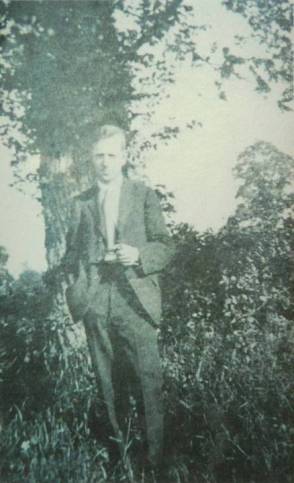 Also, he always reflected that the processes for treating patients had to be simpler and more natural, and that it could be found in nature itself. In 1928, he traveled to his hometown Wales and began conducting research, surrounded by nature, on substances that came from plants, being very sure that there, he would get the answers to his hypotheses.

In this investigation, he came across the first three flowers, which were precisely related to the emotional stages that he showed at that time. The flowers are: Impatiens, Mimulus and Clematis. He also made the discovery that the flowers that progressed in very sunny places had an energetic vibration, much higher than those that progressed in shady places, as well as that the part that had the most vibrational energy that the plants had was their flowers.

Dr. Bach, explained this therapy in the book “Heal yourself”, where he details that the origin of the diseases resides in the negative emotional stages, since they are the transporters of a direct vibration with the disease. It also shows that people have within themselves the formulas to be happy and thus have health. In order to carry out this research, Dr. Bach had the investment of people who believed in him.

Between 1931 and 1932, he discovered the flowers that belong to the first group and are named after the 12 healers, which attack 12 types of emotional stage, which are: Mimulus, Impatiens, Clematis, Agrimony, Chicory, Vervain, Water Violet, Centaury, Cerato, Gentian, Scleranthus and Rock Rose.

In 1933, he makes the discovery of 7 more flowers, which he lists as the 7 assistants who complete the first group. However, the emotional stages they refer to are more conserved than those of the first group, which are Rock Water, Heather, Gorse, Oak, Olive, Vine and Wild Oat.

Then in the year 1935, Dr. Bach made the discovery of the other 19 flower remedies that complement the group of 38, which are currently the most outstanding, and also, pointed out that his flower therapy had a holistic result, it was not harmful, nor did it have any side effects. The Rescue Remedy is included in this same group. In 1936, Dr. Bach died having completed his project, and as he himself indicated, he had already fulfilled his mission in this world and had completed it.

Dr Bach, provided a type of therapy worldwide that redeems the wrong behavior and thought models that lead us to the appearance of the disease. Currently Dr. Bach’s flower therapy is considered as a new distribution of thought or philosophy and not as a brief healing procedure, since he always believed that the soul is a divinity that directs us, and a personality that is the way it is. It welcomes us to subsist in the environment and protect us, but if the personality takes us away from the soul, it is when the disease appears.

The history of Bach Flowers began many years ago and today its application is preserved. From her they have produced other types of floral therapies, but the creator of the original therapy was Dr. Edward Bach.

The Bach Flower therapy was discovered between 1926 and 1934, by researcher, doctor and homeopath Dr. Edward Bach. To achieve this, Bach was inspired by Hahnemann’s homeopathic studies, which concentrated on “treating the individual instead of the disease”, since he was convinced that the disease of the organism was tied by imbalances in personality.

At the end of his research, Dr. Bach had already founded a therapy consisting of 38 flower remedies, each of which has a specific function for the treatment of a different mental disorder, resulting in the exclusion of these internal problems. as well as their physical symptoms.

To advise you on what best suits your needs and help you make the right choice in your therapy, contact or make an appointment.